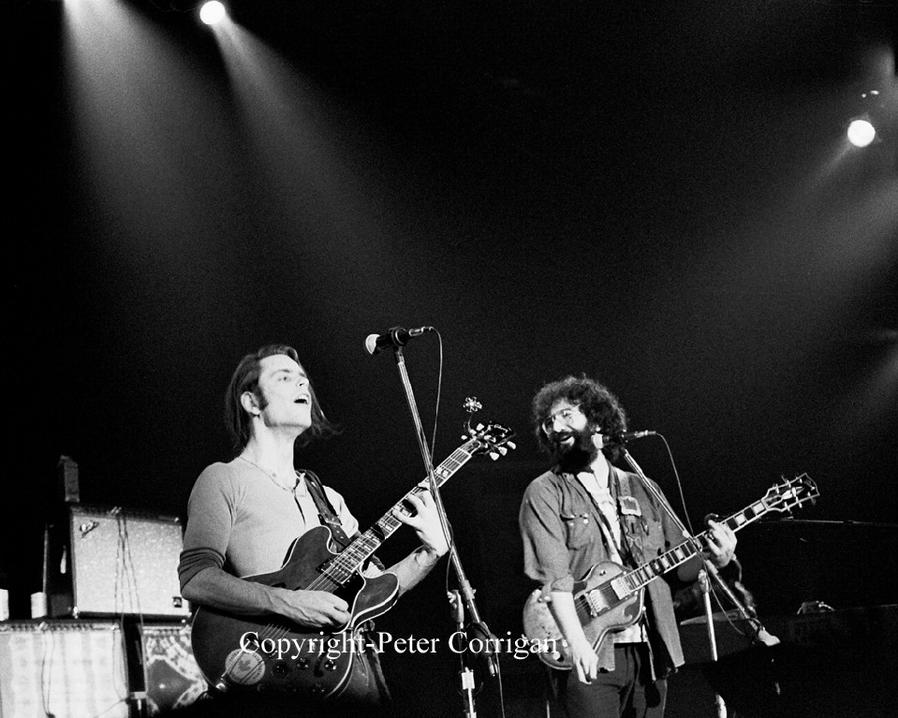 As a young photographer/musician in the 1969 to 1973 time period I attended a number of rock and folk concerts by such diverse artists as the Grateful Dead, the Who, Hot Tuna, the Woodstock Music and Arts Festival in 1969, B.B. King, Joni Mitchell, Paul Butterfield, John Sebastian, Leo Kottke, Leon Redbone, John Jackson, Elizabeth Cotton, Brownie McGhee and Sonny Terry, Steve Goodman, Edgar Winter, and others. The photos I took of these artists from this era are a rare peek back at a period when they were in their prime and offer a glimpse seldom if ever seen of them from a stage front vantage point that is almost impossible to duplicate in today's mega-venue scene and restrictions on photos of any kind at most concerts. More recent artists featured are Marilyn Manson at R.P.I. Fieldhouse in 1997 and Elliott Smith at Higher Ground in Winooskie, VT in 2001.
Other Rock Photo web pages, Morrison Hotel to name the most prominent one, feature photos by the great photographers of the era documenting these artists and many others, but many of the shots are from backstage vantage points or shots of the artist in a relaxed setting of a hotel, their homes, or staged publicity style shots. There's nothing wrong with that, God knows I wish I had the access they did in those days.

My photos are from the trenches, I had no all access passes, I was down there with all you other concert goers, attempting to stand my ground while some of you probably were attempting to get around me for a better vantage point. And these photos capture the exhilarating moments that we experienced together, and for those of you too young to have been there, can give something of the feel of what it was like then, a bygone era that can never be revisited but thankfully lives on in these photos and others like them.

​
Any inquiries pertaining to photo purchases or licensing contact me at- PJCPhotography@aol.com